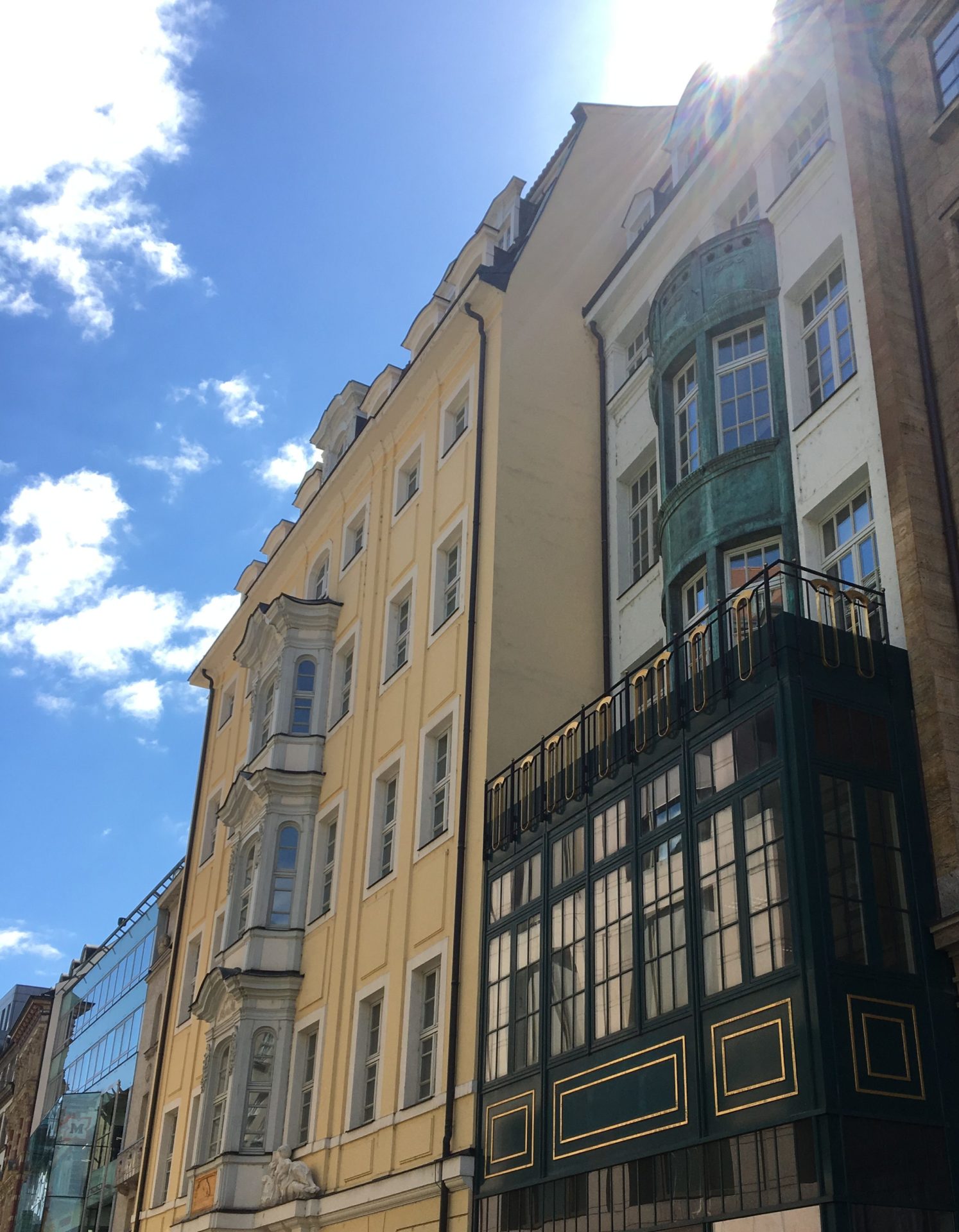 The Greenlander – An eventful history…

After a fire in 1430, a building was built on the present square, which was acquired in 1717 by a merchant named Martin von Haugk. Von Haugk replaced the building in 1749 with the present building (the “Haugk’sche Haus”) and became very successful with his businesses there.

As part of his commerce and fish trade, von Haugk repeatedly sent ships to the coast of Greenland. One day, one of the ships got into a strong streak – the situation seemed completely hopeless. But then a local, “the Greenlander”, appeared and led the ship with the help of his kayak into a protective bay. The crew and ship were rescued from the sea. Martin von Haugk gratefully declared a landing at the “Greenlander” for a visit to Leipzig. But “the Greenlander” did not survive the journey and died – only his kayak reached Leipzig. To honour the Greenlander, the face of the “Greenlander” with his kayak was immortalized at the building.

… became the figurative mark of this famous trading house, which happily bypassed all the cliffs of inflation and recession in the 1920s. The name “to the Greenlander” was officially established. The building also survived World War II.

With the end of the war and the “revival” of the Soviet occupation zone, the building was abandoned and became a common property. As a result, the building was left to free decay until a businessman finally bought the house after the turn of the century. The “Greenlander” was extensively renovated and the historical “outer” of the monument could be preserved.

The detailed and eventful history of “the Greenlander” can still be found in the entrance area on two historical panels. Today, “the Greenlander” is used as an office and commercial building. The CoWorking concept of “Greenlander’s Friends” offers a useful addition to the entire building and helps to preserve this historic place and its special heritage.

We are transparent with regard to the data. Here you can exercise control over your personal data.
You can find further information in the privacy policy.